The National Guard Association of the United States (NGAUS) recently held their 139th annual conference in Louisville, Kentucky.  The conference brought together over 2,000 military personnel from branches of the United States Army, Air Force and National Guard from across the nation.  Conference delegates from all 50 states and territories used this platform to set the legislative agenda for 2018 and to elect new board members.

NGAUS was created in 1878 to provide unified Guard representation in Washington. In their first productive meeting after Reconstruction, militia officers from the North and South formed the association with the goal of obtaining better equipment and training by educating Congress on militia requirements. Today, NGAUS has over 45,000 members nationwide and their mission remains true. 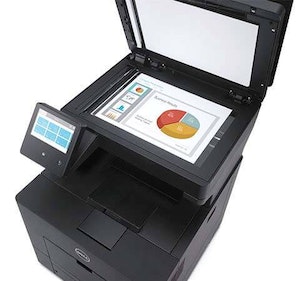 I attended the conference as a guest of Dell’s.  Dell is a close business partner of ours and they are one of the premiere technology OEMs of the Department of Defense (DoD).  I helped Dell work their exhibition booth, set up their JITC approved Rugged Latitude 12 with built in Common Access Card (CAC) capability as well as their CAC enabled multi-function color printer/scanner/fax machine. CACs are used by military service personnel and contractors to access critical tools and information.  I spoke with many military attendees who were interested in these technologies.  I discovered the DoD has made it a priority to modernize and secure anything that touches their IT environment. 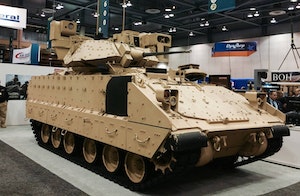 When I had the chance, I took the time to walk around the exhibition hall to see what other vendors were displaying.  BAE Systems displayed a new, fully armored Bradley Fighting Vehicle that featured the latest in electronics and communications.  Oshkosh displayed their new Light Tactical All-Terrain Vehicle (L-ATV) that featured state of the art suspension, armor and weapons integration.  Lockheed Martin displayed their new guidance and navigation systems for planes and helicopters.  Overall, I was impressed with the new technologies displayed.

The attendees I spoke with were very impressed by the City of Louisville.  They spoke highly of the bourbon and horse racing culture that the city is known for.  I gave them my personal recommendations on restaurants and breweries to try out (especially the hole-in-the-wall places).  They were extremely friendly and were excited to explore the city.

The 140th Annual NGAUS conference will be held in 2018 in New Orleans.  Our Dell partners have invited us to attend the event with them again.  I am looking forward to being a part of another NGAUS conference, and of course the jambalaya!